Low-light scientific cameras are behind many revolutionary discoveries, ranging from quantum imaging to astronomy. For more than five decades, CCD cameras and their variants — electron-multiplying CCD (EMCCD) and intensified CCD (ICCD) cameras — have provided the single-photon sensitivity and moderate frame rates required for scientific imaging and spectroscopy applications.

More recently, scientific CMOS (sCMOS) cameras that are capable of achieving low read noise and higher frame rates have become an alternative to CCD cameras in several applications. However, the first generations of these sCMOS devices fall short on sensitivity owing to their front-illuminated architecture, which imposes a fundamental limit on their quantum efficiency (i.e., the fraction of incident photons detected in each pixel).

Aided by the latest CMOS fabrication technology, sCMOS devices can finally be created with a back-illuminated sensor architecture. As a result, sCMOS sensors are now capable of CCD-like quantum efficiency (>95%) and dynamic range without compromising the low read noise and high frame rates for which they are known.

The latest generation of sCMOS cameras, such as the KURO™ from Princeton Instruments, take full advantage of this back-illuminated sensor technology to provide a significant improvement over previous-generation, front-illuminated sCMOS cameras.

Back-illuminated sCMOS camera technology is a serious contender as an optical detector for myriad applications, including hyperspectral imaging, astronomy, cold-atom imaging, quantum imaging, fluorescence spectroscopy, and high-speed spectroscopy. This technical note will present the salient features and performance characteristics of the new technology.

Since front-illuminated sCMOS sensors have readout/conversion circuitry inside each pixel, only a portion of each pixel is sensitive to light. This portion is referred to as the “fill factor” of the pixel. Most front-illuminated sCMOS sensors have microlenses on top of each pixel to refocus the incoming light into the photosensitive part of the pixel and increase the effective fill factor (see Figure 3).

Unfortunately, microlenses are most efficient only when the incident angle of light is normal to the sensor surface (see Figure 4). If light enters the sensor at any other angle, as is the case for most scientific imaging and spectroscopy applications, the efficacy of microlenses degrades considerably — especially at wider entrance angles (“high NA” in microscopy parlance).

While this quantum efficiency vs. incident angle relationship is not widely published in camera or sensor manufacturers’ literature, the degradation is a real cause for concern when ultra-low-light performance is required. Even though the layout of microlenses has been improved by various CMOS manufacturers, the angular dependency of photo-response causes non-uniformity, especially at the edges of the sensor.

In addition, these microlenses are typically made of plastic-like materials that transmit very poorly, or not at all, in the UV range (below 400 nm). The lack of microlenses in a backilluminated sCMOS sensor’s architecture translates to outstanding response in the UV range (see Figures 2 and 4).

Back-illuminated sCMOS cameras, such as the KURO, offer very high frame rates, up to 82 fps at full 1200 x 1200 resolution, with an exceptionally low 1.3 e- rms (median) read noise. The KURO camera is capable of delivering hundreds of frames per second with reduced resolution (see Table 1). And though sCMOS sensors typically do not support on-chip binning, they do allow “off-chip” software binning after frame acquisition.

It is worth noting that the 11 μm2 pixel pitch of the new back-illuminated sCMOS sensor captures 2.8x more photons than other sCMOS sensors. Each pixel can also handle a large full well of 80,000 electrons, allowing excellent dynamic range (61,500:1 or 95 dB).

The KURO back-illuminated camera uses the latest sCMOS fabrication technology along with optimized electronics. As a result, it has a significantly better noise profile than any front-illuminated sCMOS camera (see Figure 5).

One of the key features of CMOS sensors is the availability of rolling electronic shutter mode. This is distinct from global shutter or “snapshot” mode, which exposes all pixels at the same time. Global shutter is preferred when the object needs to be “frozen” in time; however, this mode typically causes the read noise to increase by as much as 1.5 to 2x compared to rolling shutter mode while decreasing the frame rate by 2x.

In rolling shutter mode, the first row of the sensor is exposed first, the second row is exposed after one line read time, and so forth. In other words, the last row of the sensor is exposed at “(N-1) x line time” after the first row. This may cause image artifacts when looking at high-speed events that occur significantly faster than the frame rate, but most scientific applications can work with rolling shutter mode as long as the frame rate is sufficiently high. Global shutter mode, on the other hand, is preferred for industrial imaging applications in which the objects under inspection are moving at a rapid pace.

Advanced camera designs, such as that of the KURO, offer a way to trigger external light sources/shutters so as to create a “pseudo” global shutter mode. To do so, the camera simply outputs a TTL signal that goes high when “all” the pixels are exposing. This will, in effect, cause the pixels to take a snapshot of the event when it is illuminated. Figure 6 presents timing diagrams for the KURO camera’s rolling shutter and “pseudo” global shutter modes.

Meanwhile, for time-resolved applications that require ultrafast gating, intensified cameras (ICCD or emICCD) are the best choice. Back-illuminated sCMOS cameras provide the sensitivity and frame rates needed for all other applications with relatively short integration times (less than 10 seconds). Table 3 summarizes several key features of these sensor technologies and offers some general recommendations for different applications.

Important as the advantages of back-illuminated sCMOS technology are, so too is the ability to fully leverage the inherent benefits of this new sensor type. Designed for operation within the Princeton Instruments LightField® software ecosystem, the KURO is easy to control and can be integrated quickly in myriad imaging and spectroscopy experiments. Camera integration for use with MathWorks’ MATLAB® and National Instruments’ LabVIEW® is also fast and simple. A full suite of input-output TTL signals is provided as well, making it easy to synchronize camera operation with external events or light sources. 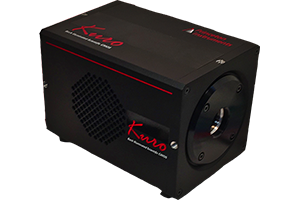 Find out more about the key features of the KURO, as well as the different models and support guides. 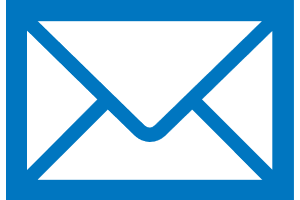 Make sure that you are not missing out on anything by signing up to our mailing list.