Is There Really a Cool Gas in the Middle of the Sun?Application Notes

Yes, if you ask a team of researchers from University Hawaii, Institute for Astronomy who returned from an expedition to the blistering Sahara desert, where they found an unexpected source of cool gas-in the outer regions of the Sun. The group headed by Dr. Shadia Habbal traveled to Libya to observe the March 29, 2006 total solar eclipse – a rare event in which the bright disk of the Sun is obscured by the Moon for a few minutes.

The cameras were chosen for their excellent quantum efficiency in NIR band where the most of the observations took place and lack of etaloning.

As the total eclipse lasted only few minutes, it is critical that the cameras perform flawlessly. “Our observations turned out to be a great success”, comments Dr. Habbal.

Preliminary analysis of the expedition’s observations show there was an enormous magnetic bubble that was erupting during the eclipse. With their sensitive infrared instruments, the team also discovered that the solar corona, long known to have a temperature of several million degrees, also contains a surprising amount gas that is hundreds of times cooler. 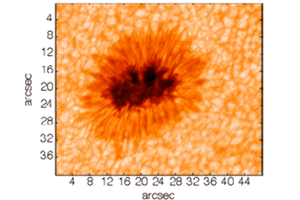 Infrared astronomy in the J- and H-band is advantageous for ground-based astronomy as the Earth’s atmosphere is essentially transparent. 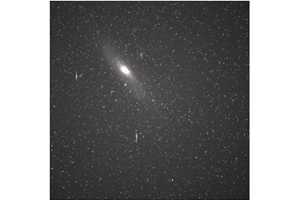 See our extensive list of products for astronomy, with cameras for high speed, steady state imaging, J- and H-band imaging and spectrometers.