“The PI-MAX4:1024EMB emICCD camera seamlessly combines the rapid gating capabilities of an image intensifier and the excellent linearity of a back-illuminated, frame-transfer, 1024 x 1024 EMCCD detector…”

Laser-induced breakdown spectroscopy (LIBS) is considered one of the most convenient and efficient analytical techniques for trace elemental analysis in gases, solids, and liquids. Both non-invasive and non-destructive, LIBS requires little-to-no sample preparation and can easily be performed either in the lab or in the field in hazardous industrial environments in real-time. Remote measurements can be done from more than 50 meters’ distance.

During LIBS, typically, but not always, a short laser pulse generated at 1064 nm by an Nd:YAG laser is focused on a sample (see Figure 1). Laser energy heats, vaporizes, atomizes, and ionizes target material, generating a small area of plasma. Excited atoms and ions in the plasma emit secondary light that is collected and resolved by a spectrometer and directed to a high-speed, high-sensitivity photodetector. Each chemical element has a unique spectral signature that can be discerned from the obtained spectra. As a result, the multi-elemental composition of the sample can be determined instantly.

To satisfy LIBS’ competing requirements of high resolution and broad wavelength range, an echelle spectrometer is recommended. Unlike Czerny-Turner and Littrow spectrometers, echelle spectrometers use two dispersive elements, usually a prism and a grating. Thus, the spectrum is divided not only in the x-direction but also the y-direction. The primary advantage of this assembly is that the entire two-dimensional detection array is utilized and a full spectrum is captured at high resolution, not just a small region.

In LIBS applications where a relatively low power laser can be used, the less intense background continuum emission means a conventional CCD camera with a high-speed mechanical chopper affords a suitable imaging solution. However, in LIBS applications where a high-power, short-duration laser pulse is required (i.e., the lone laser pulse lasts femtoseconds to nanoseconds, 10-15 to 10-9 sec), only a comparatively small amount of laser energy is transferred to the sample. This short-duration pulse produces a weak emission signal over the continuum that is very difficult, or even impossible, for a conventional CCD camera to capture with good signal-to-noise (S/N) ratio — which is why gated, intensified CCD (ICCD) cameras are widely utilized to perform LIBS.

For challenging applications where ICCD camera sensitivity and dynamic range are not enough, an emICCD camera is recommended. This document presents data demonstrating the improved performance of a new emICCD camera from Princeton Instruments (used in concert with an echelle spectrometer from Lasertechnik Berlin, or LTB) that delivers ultrahigh sensitivity for demanding LIBS applications on the nanosecond and picosecond timescales.

LIBS setups for laboratories and in-the-field industrial settings rely on compact, relatively inexpensive scientific-grade instruments. Figure 2 is a diagram of a typical LIBS setup, which includes a pulsed laser, a mirror, a focusing lens, a sample holder/chamber, collecting optics, an optical fiber, an echelle spectrometer, a gated ICCD camera, and a computer (not shown).

The LIBS spectra presented in the following section were acquired at Lasertechnik Berlin’s test lab utilizing a setup similar to the one depicted in Figure 2. The experimental setup in Berlin included an LTB ARYELLE 200 echelle spectrometer, which was mated to a PI-MAX4:1024EMB emICCD camera from Princeton Instruments configured with a super-red image intensifier fiberoptically bonded to a back-illuminated, frame-transfer EMCCD detector. See Figure 3.

Figure 4 presents a LIBS spectrum of a solid sample (i.e., 402 stainless steel) acquired using a PI-MAX4:1024EMB emICCD camera mated to an ARYELLE 200 echelle spectrometer. By utilizing the echelle spectrometer to divide the spectrum in the x-direction as well as the y-direction, the charge-coupled device’s entire 1024 x 1024 detection array can be leveraged to capture the full spectrum, matching the spectral resolution of the ARYELLE 200.

The emICCD camera (PI-MAX4:1024EMB) was fitted with a super-red intensifier, whereas the standard ICCD camera (PI-MAX4:1024f) was fitted with a red-blue intensifier. The emICCD camera, with its dual-gain mechanism, was observed to be ~3x to ~5x more sensitive. Had the same super-red intensifier been used for both cameras, it is expected that the sensitivity with the emICCD camera across the full spectral range, from 200 nm to 900 nm, would have been ~3x better than with the standard ICCD camera. The solid sample, the megapixel detector array size, the intensifier gate/delay times, the laser excitation wavelength, and other key experimental parameters were identical.

Figures 6 and 7 provide a closer look at these spectra in the UV and NIR regions, respectively. Thanks to its use of a CCD featuring electron-multiplying detection technology, the emICCD camera system clearly demonstrates superior sensitivity and resolution in the spectral regions of interest when compared to the standard gated ICCD camera.

The PI-MAX4:1024EMB emICCD camera seamlessly combines the rapid gating capabilities of an image intensifier and the excellent linearity of a back-illuminated, frame-transfer, 1024 x 1024 EMCCD detector in order to deliver quantitative, ultra-high-sensitivity performance for LIBS applications executed on nano- and picosecond timescales.

Complete control over all PI-MAX4:1024EMB hardware features is simple with the latest version of Princeton Instruments’ LightField® data acquisition software (available as an option). Precision intensifier gating control and gate delays, as well as a host of novel functions for easy capture and export of spectral data, are provided via the exceptionally intuitive LightField user interface.

Laser-induced breakdown spectroscopy generally requires little if any sample preparation and is easy to perform in hazardous industrial environments in real-time. Hence, it is a very attractive analytical tool. LIBS applications are utilized in many diverse fields. Areas that benefit from LIBS include geology, mining, construction, exploration of planets, environmental monitoring, analysis of biological samples, archaeology, architecture, military/defense, forensic science, combustion processes, the metal industry, and the nuclear industry. 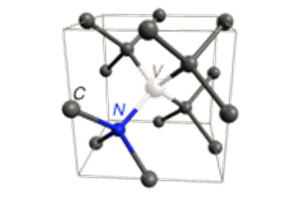